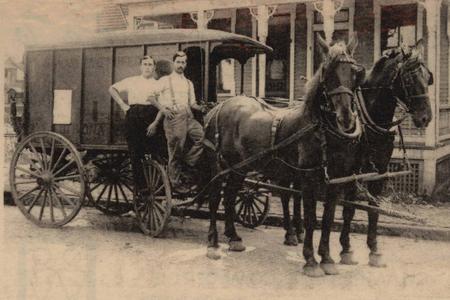 The family business started as Cutrona Coal and Ice Company in 1912 by brothers, Frank and Sam Cutrona.  Their first purchase was a team of horses to pull the wagon transporting ice and coal during the winter months. Mayme Cutrona, Frank’s daughter, began working as the secretary in 1925 and in 1959 Mayme’s son John L. Martino purchased the business.  In 1965, Modern technology and the conversion of furnaces and ice boxes led John to become a fuel oil dealer as well as adding a trucking division to the mix.

In 1978, John’s son, John Michael, graduated from Grove City College and joined his father in the business, making it a four-generation family business.  John Michael added a construction division and the company was incorporated as Martino, Inc.  In 2005, John officially retired and John Michael purchased the company and took over as President.